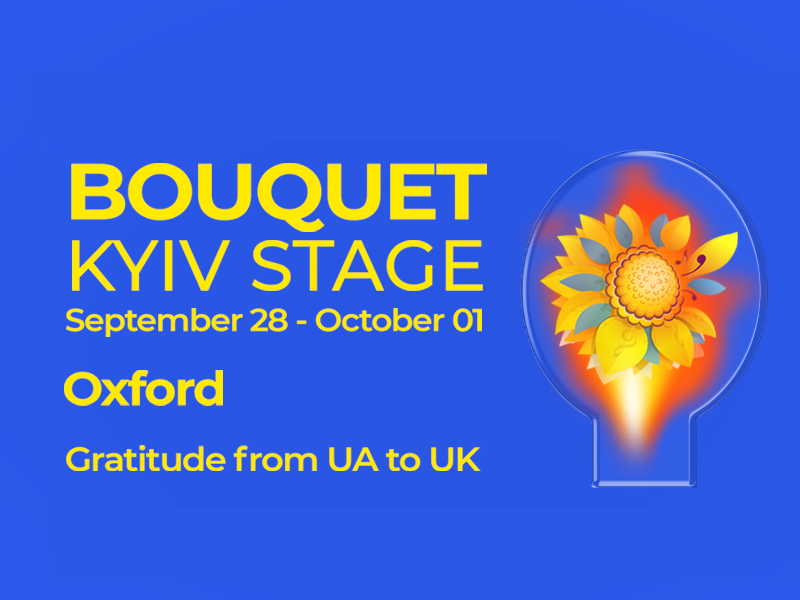 The Bouquet Kyiv Stage Festival is an international arts festival which has taken place in Kyiv since 2018. It plays a key role in Kyiv’s cultural calendar, with 2022 being no exception. This year, the festival not only continued to be celebrated in Kyiv, but is taking place outside Ukraine for the first time, in Oxford from 28 September to 1 October.

Seven concerts of classical music among them:

Exhibition “War” featuring work from the documentary photographer Oleksandr Glyadelov’s Photographs were taken by the artist in Irpin, Bucha, Kharkiv, Zaporizhzhia and other ruined cities of Ukraine. Glyadelov’s works have been featured on the world’s leading publications and media covers.