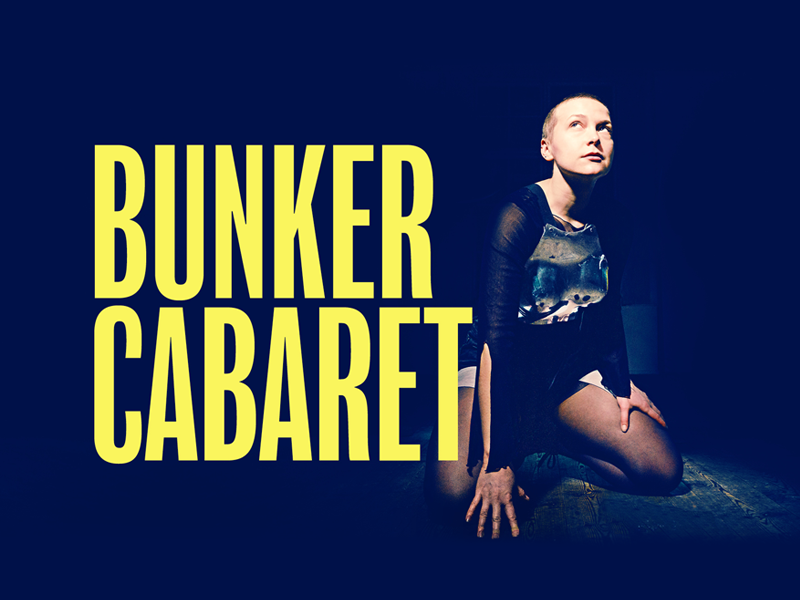 Bukner Cabaret is a performance by Hooligan Art Community that started life in the bomb shelters of Kyiv.

Bukner Cabaret is a performance by Hooligan Art Community that started life in the bomb shelters of Kyiv.

Combining music, poetry, dance and film, this unique theatre event is a powerful exploration of love versus totalitarianism and the personal conflicts of making art in a time of war. By turns ironic, raw, funny and devastating, the performance starkly reveals the performer’s individual experiences of the war while communicating a shared humanity, creating beautiful moments of connection between artists and audiences.

The tour of Bunker Cabaret will both bring a vital and beautiful piece of theatre to UK audiences and support Hooligan Art Community’s displaced artists to continue their important work in a safe environment while bringing the reality of the war to audiences who have only known Ukraine through TV and Social Media. Performances have already taken place in Falmouth and Redruth, UK.

Hooligan Art Community co-founder and performer Danylo Shramenko said: “When we were reunited in the UK, we felt a responsibility to be a voice for Ukrainians and artists who cannot leave the country. Ukraine has a remarkable independent cultural scene, which we want to represent in the UK. Making new work together is a lifeline for us. This is the beginning of a new chapter for our company and our lives.”

Alongside the performances in London, there will be a screening of films by Hooligan Art Community in partnership with the Courtauld and Voices of Ukraine, as well as an accompanying booklet with contributions from authors and academics in Somerset House (London) on 18 February.

Hooligan Art Community is an independent theatre company established in Kyiv, Ukraine, in 2019. The group performs in non-traditional spaces that explore the dynamic relationship between the actor and the audience.