As part of this year's BCLT Online Summer School program, the first Ukrainian workshop was held by translator Olena Jennings and Ukrainian author Artem Chekh within the UK/Ukraine Season of Culture.
Share this

The summer school based on The British Center for Literary Translation (BCLT) has been running for 23 years bringing together writers and translators from different languages into English. Participants attend seminars and creative sessions, listen to short talks addressing various aspects of the theory and practice of literary translation. BCLT was founded by the German writer Winfried Sebald, in whose honor lectures on the art of translation are given annually by famous authors, including Arundhati Roy, Margaret Atwood, etc.

As part of the Ukrainian workshop, a group of 10 translators from Ukraine, UK, USA and Germany spent the week translating an excerpt of Artem Chech’s book Who are you? (Meridian Czernowitz, 2021). The book tells the story of a young boy, Timofiy, and a grown man, Felix. Timofiy’s life is just beginning, and Felix’s seems to be coming to an end because of the trauma he experienced in the army. He fought in Afghanistan for many years and now suffers from PTSD. While little Timofiy explores who he is, Felix tries to fight back against his past.

One of the workshops was joined by the author’s wife, Iryna Tsilyk, a well-known Ukrainian filmmaker (The Earth is Blue Like an Orange), who shot the full-length film Rock. Paper. Grenade – an adaptation of the novel Who Are You? She told the participants about the translation of the language of the book into the language of cinema.

“Our most interesting meeting was when Iryna Tsilyk joined us. She talked about her film ‘Rock. Paper. Grenade’ and we listened to how the text can be translated to the screen. The workshop began with a greeting from the writer. Artem Chech beautifully read an excerpt for all participants, not only Ukrainians. There were a lot of lovely comments in the chat,” says Olena Jennings, curator of the Ukrainian workshop and translator.

The workshop’s main goal was to give translators more confidence in their work and to create a supportive network for them to get their work recognised and ultimately published.

“During the talks and networking, many translators mentioned living in a bubble. I agree translation is solitary work. That’s why I’m so happy I got an opportunity to join such a wonderful community in addition to learning some translation insights that will improve my work,” says one of the workshop participants. 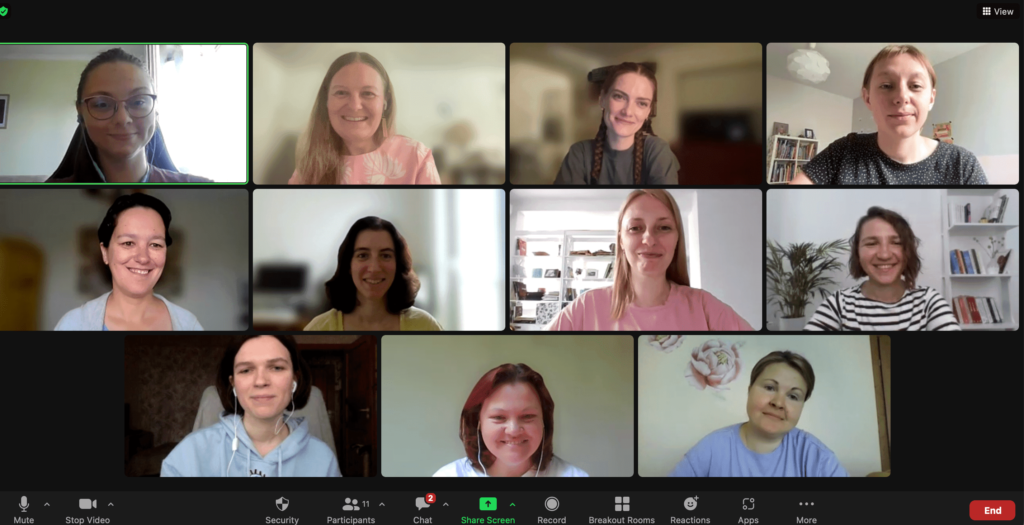 On the last day of the school, the participants of the Ukrainian workshop and the curator presented their work. They discussed the issues they encountered during their work with other participants from different countries — Germany, Japan, Great Britain, Italy, etc.

The British Centre for Literary Translation is a leading research centre for literary translation research and support within the School of Literature, Drama and Creative Writing at the University of East Anglia in Norwich, UK.