The Greenwich+Docklands International Festival annually gathers more than 80,000 visitors in the open air to watch theatrical, choreographic, musical, circus performances and art installations. This year, Ukraine was represented at a leading art event in London with an animated projection of mosaics Discover Ukraine: Bits Destroyed, as part of the UK/Ukraine Season of Culture.
Share this

Discover Ukraine: Bits Destroyed is an audiovisual artwork. Originally created back in 2019, it has been reimagined with a view to the present by the Ukrainian Institute and Rock ‘n’ Light Studio. The project presented images of 56 monumental mosaics from the 1960s and 70s, more than a quarter of which were damaged or destroyed since the beginning of the full-scale Russian invasion of Ukraine.

The installation sought to immerse the viewer in the multi-layered world of Ukrainian monumental art and draw attention to its preservation. The revitalization of mosaics in the digital artwork became possible through the consistent cooperation with photographer Yevhen Nikiforov and his documentary project Ukrainian Soviet Mosaic (2013-2021). 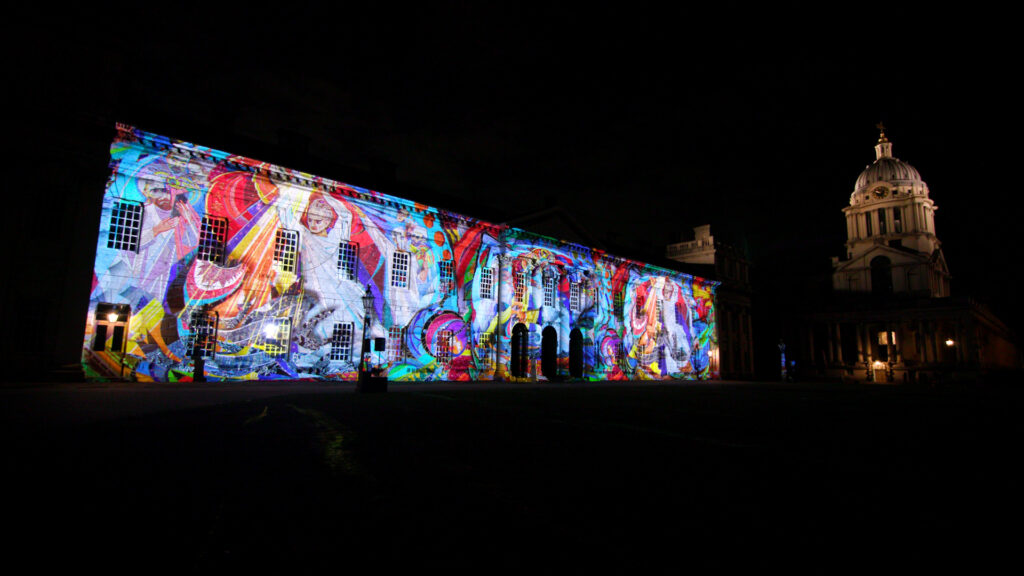 The installation was broadcast with the musical accompaniment of the Ukrainian electroacoustic collective Ptakh_Jung on the facade of the Old Royal Naval College, which is on the UNESCO World Heritage List. For four days, festival visitors could watch animated mosaics of Alla Horska, Hryhoriy Pryshedek, Halyna Zubchenko, Ada Rybachuk, Volodymyr Melnychenko and many other Ukrainian artists. 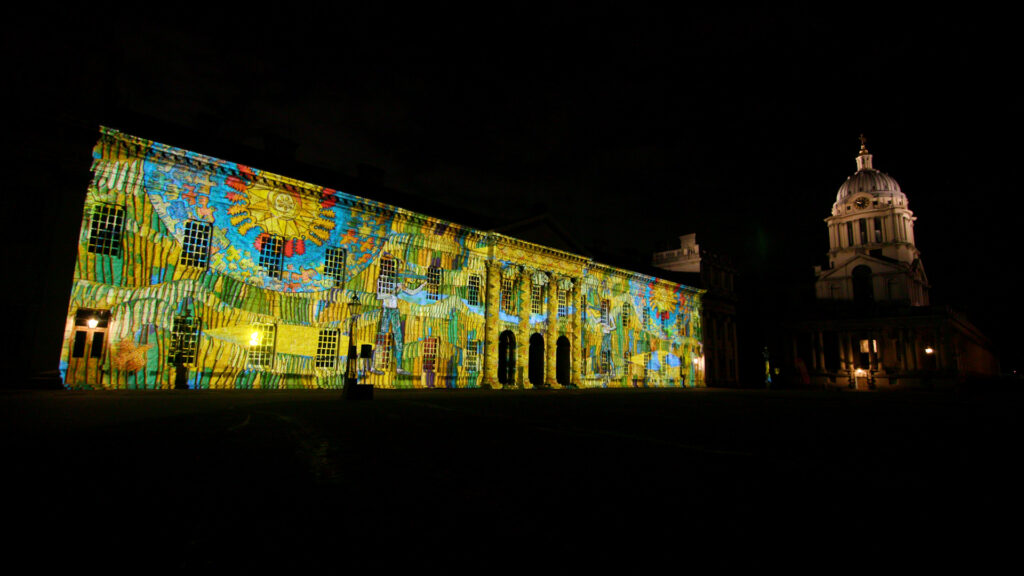 On the event’s last day, the lecture “Between Two Fires: Monumental Art in Ukraine” (in English) was held by art historian and curator Lizaveta Herman, together with photographer and monumental art researcher Yevhen Nikiforov. They talked about the monumental heritage of Ukraine in the 1960s and 1980s: its history, disputable status in contemporary culture, challenges of research and protection, and threats of disappearance under Russian shelling.

UK/Ukraine Season of culture is a project by the British Council and Ukrainian Institute that gives Ukrainian artists the opportunity to be heard in the world. It focuses on the changed needs and priorities of the Ukrainian cultural sector. The purpose of the Season is to strengthen cultural relations and provide opportunities for establishing connections and collaboration between artists of both countries. ‘Future Reimagined’, the original theme of the Season was reimagined following the full-scale Russian invasion of Ukraine and evolved into a wider programme of live events in the UK and global online access to the entire programme. The programme of artistic residencies, discussions, open forums, cinema, music, literature, performing and visual arts will continue until March 2023.